For my BDesserts day, I created desserts that were no-fuss and simple, tiramisu were one of them. Traditionally, to make tiramisu, raw egg whites are whipped with the mascarpone cream but since I don’t trust eggs in Kuwait, in fear of salmonella, I came up with a simple recipe that does not require eggs.

You can whip this up in no time and forget it in the fridge for hours so the flavors develop. The longer it stays in the fridge, the better it tastes! Trust me.

What you will need:  END_OF_DOCUMENT_TOKEN_TO_BE_REPLACED

So now that I’m free, I have more time to explore and check out new places and stores, or places that I’ve always wanted to go to but never have. One of these store is Ligne Roset at the Creative Design Center, formerly known as the Seven Zones, in Shuwaikh. (Click here for map)

Nestled in a quiet corner in the center, Ligne Roset, who I thought only made furniture,  surprises you with a full home-ware selection from decorative accessories, lighting, rugs, textiles and of course their furniture collection. They are also quite known for their artful collaborations with both established and up-and-coming talents in contemporary design.

What caught my attention, besides the beautiful furniture and super cool lightings, is their dining and kitchen accessories. To do this place justice, I’ve divided this post into 3 different parts. There’s also a surprise my lovely readers at the end of this post, so scroll down.

Today, I’ll show you a glimpse of their cups, mugs, pots and the lovely decanters/jugs collection.

END_OF_DOCUMENT_TOKEN_TO_BE_REPLACED 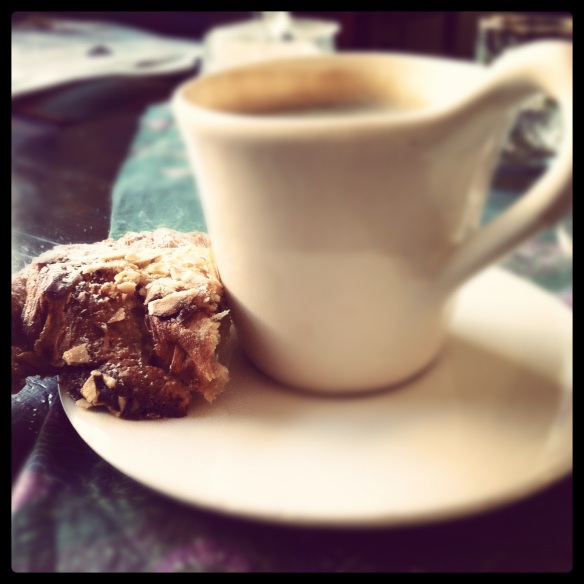 After a failed baking attempt that made feel ridiculously stupid, this is what I want to have right now to make me feel better.

I discovered a coffee drink in Milan. On our last morning there, I ordered it twice because I didn’t want to let go but I had to.

The next morning, back in Kuwait, I recreated this drink. The moracchino. You see I thought I took a picture of it in Milan and whatsapped it to my cousin but I think that was all in my head?

So what do you need to create this wonderful concoction:
First, you need to prepare your glass cups

Fill the cups with espresso 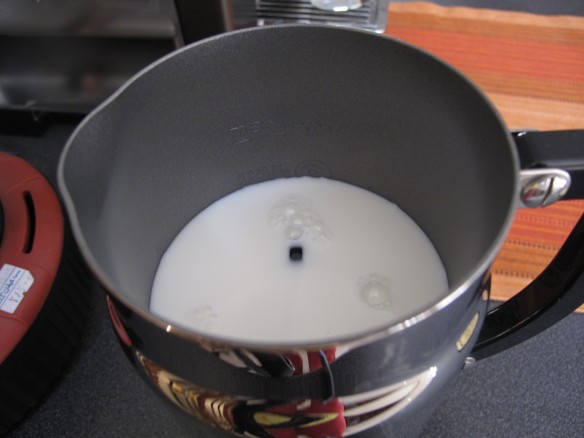 Dust some cocoa powder on the coffee

Pour the hot milk to fill up the glasses… 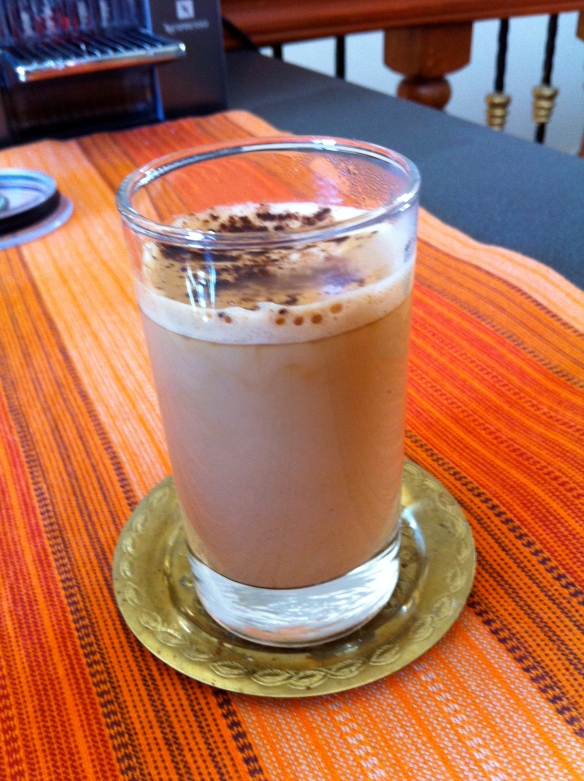 And voila… Ok it’s not like Milan but close enough.
Enjoy!

Today’s choice of food was uninteresting!

I didn’t have breakfast because I forgot to put the alarm and of course overslept. I rushed to the museum and worked half day. After resting a little bit back at the hotel. I got ready and left to go swimsuit shopping. The weather channel website lied to me. It told me that it will be raining every day, all day. It rained twice. First time you can’t even consider it as rain and the second time was today for 5 minutes. It’s usually partly cloudy and hot and humid, perfect weather for pool!

Anyway, I went to a specific mall looking for a specific store, I couldn’t find what I was looking for and then I realized I still haven’t eaten. My options were fine dining restaurants that were actually closed, so not really an option, or a place called The Coffee Club. I see it everywhere!

As I was waiting to be seated, I was hoping, for some reason, that they had fish and chips on their menu. Well they did!

It wasn’t so bad, at least it satisfied a craving.

After that I walked a bit and arrived to the hotel exhausted. I was planning on going to Max Brenner and indulge in some chocolate but I just couldn’t. I needed to rest.

I had nothing planned for tonight so I booked a ticket to go see the movie, Brothers. I booked at another cinema complex. The crowd was very different from the one last night. It was much younger and more chaotic, I suppose. Around the complex, I saw at least two musical performances on the street. The entire place was very alive!

I arrived there an hour early so I sat in one of the outdoor cafes. 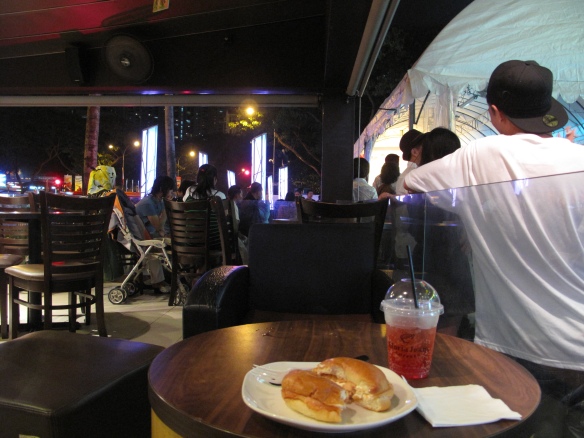 I ordered a salmon and cream cheese bagel and sat to see the live band performances.

The bagel was the worst I’ve had. It was terrible! I couldn’t even finish it! I stupidly agreed for them to heat it. I thought they were going to toast it but I am pretty sure they just microwaved it, very high and longer than needed. It was hot, doughy and tasteless!

But then I had popcorn at the theatre, so it wasn’t so bad.

Tomorrow is my only day off this week so I have planned a schedule for me, which hopefully will include this place! 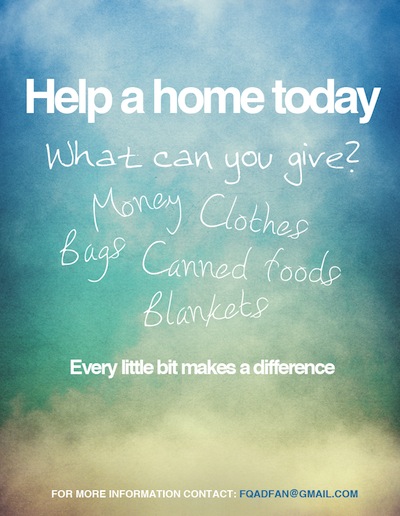